Vrnjci Zoo is built on solid foundations, made of enormous love, effort, and sacrifice. In 2006, a mission began, which today proudly bears the name “Vrnjci Zoo.”

Dragan Srećković, a passionate bird lover, started breeding and obtaining birds for his private collection. Over the years, as their number grew, many people wanted to see the then already copious bird world living in Vrnjci, not far from the center of Vrnjačka Banja.

That is how the idea of ​​founding the Zoo was born. In the beginning, the garden did not look even close to what it looks like today; it was adapted to the needs of birds but not to visitors. It took years to build and invest in landscaping to make it what it is today. Additional plots were purchased, new aviaries were built and old were reconstructed, barns were constructed, green areas and lakes were arranged, paths were paved…

After many years of effort and work, the facility officially received the status of a Zoo in 2019. From that moment on, Vrnjci Zoo has been working with the goal of preserving biodiversity. It also actively educates visitors through a specially designed program and organizes various events such as workshops, art colonies, children’s birthdays, and the like. Thanks to good cooperation with zoos throughout Serbia, many animals have been donated.

Today, the Vrnjci Zoo stretches over ​​3.5 hectares and counts over 120 animal species from almost all parts of the world. The whole Zoo is landscaped and has a souvenir shop, children’s playground, benches, two lakes, and walking paths. A playroom with an entertainment center, a restaurant with a boarding house, and an outdoor classroom for children are under construction, and the opening of a riding school is also planned.

Zorka Srećković, the Zoo director, and her husband Dragan Srećković, the creator of the whole zoo story, are diligently working on expanding the Zoo and maintaining standards for the benefit of animals but also the visitors. In addition to them, a dozen employees cover various areas from grooming, through education, to marketing. What all of them have in common and where every worker finds motivation is love for the animals living in the Zoo.

Our zoo family is here to provide every visitor with an unforgettable break and escape from everyday life into the embrace of Mother Nature. 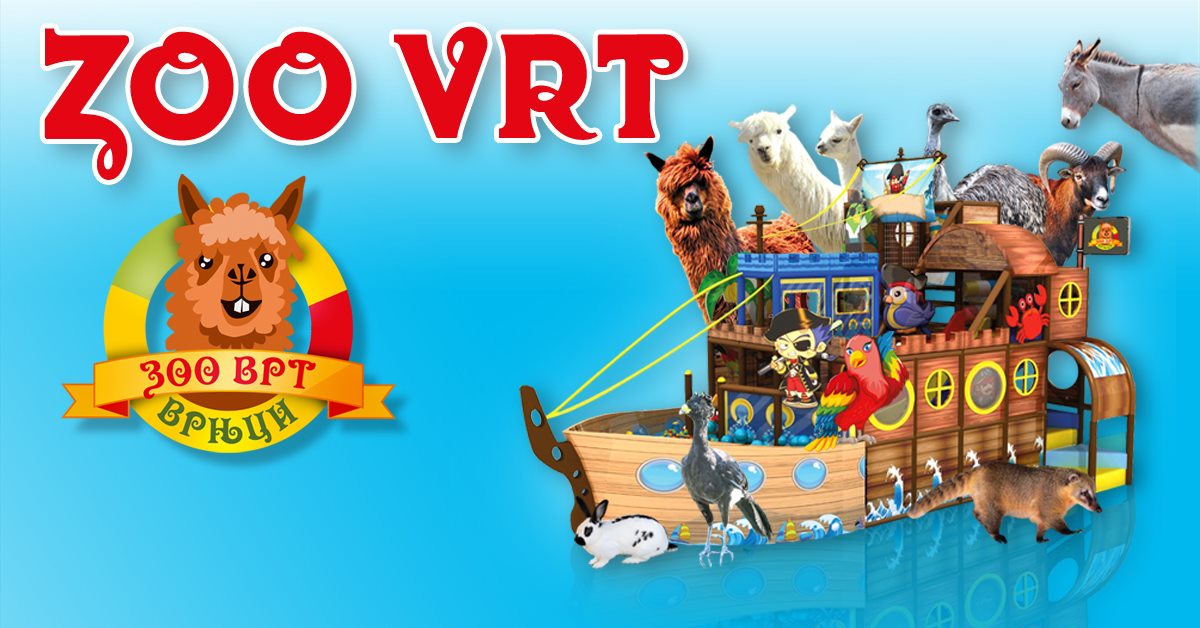 Vrnjačka Banja offers its visitors a vibrant and diverse cultural and entertainment program
throughout the year, especially in the summer tourist season.

Unforgettable summer fun for the youngest and unprecedented relaxation for adults in the largest water park in Vrnjačka Banja...

The largest panoramic wheel in the Balkans, with an impressive height, will be set up in the Vrnjačka Park near the Lake...

Lovefest is a unique cultural platform from Vrnjačka Banja that aims to promote music, arts, and urban youth culture...

The Vrnjačka Banja Carnival is undoubtedly the crown of events during the summer season. This event gathers over 200,000 visitors...

"Bridge of Love" is today a meeting place for romantic lovers, as well as all lovers of tourism and those curious who want to hear the story of love...

The underground tunnel dates back to World War II and is open to visitors after almost 80 years. It is a tunnel located under the famous summer stage...